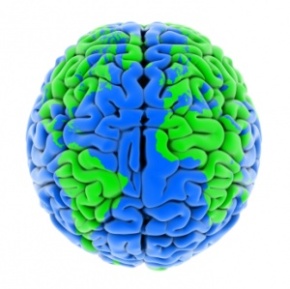 No one could have predicted the momentous impact that Web 2.0 would have on society. It has influenced a society where citizens are able to share and find information from around the world with the click of a button. This power and freedom has led to an online democracy of user-generated content creation within a variety of online environments (Bruns, 2004). A new habitat, inhabited by an abundance of species ranging from blogs and social networking sites to online forums. This has resulted in more informed and involved consumers, coined by futurist, Alvin Tofler as “prosumers”. Web 2.0 has created a tool that has allowed individuals to break through the traditional boundaries between producers and consumers.  Enabling citizens to be not only the users but also the producers of information (Bruns, 2004).

This paradigm shift has led to the emergence of “Citizen journalism”, which is creating vast change not only within the industry of journalism, but advertising too. The terms definition is widely deliberated, being described by Shayne Bowman and Chris Willis as “[t]he act of a citizen, or group of citizens, playing an active role in the process of collecting, reporting, analyzing and disseminating news and information.” The technological advancement in open source, user-friendly software, has allowed for a world where everyone and anyone with a device with Internet access can become apart of this fast emerging group of citizens (Jurrat, 2011). Ultimately it has initiated a new hierarchy of information, no longer governed by head corporations. Readers have indeed become the reporters and citizens and journalists now share the same identity (Jurrat, 2011).

The introduction of ‘citizen journalism’ has empowered civilization to apprehend the powerful potential the Internet has granted them. Similarly large corporations- especially leading advertising agency’s- are utilizing and leveraging the opportunities that have stemmed as a result. The ‘customer-made trend’ is the idea of “tapping into the collective experiences, skills and ingenuity of hundreds of millions of consumers around the world” (Trend watching ) . This has permitted corporations and citizens to combine their intellectual capital, to create and develop products and services that are both necessary and applicable to society. ‘Customer-made’ is not only rewarding for advertising agencies but its customers too. It allows citizen’s to obtain an input within the industry/brand, whilst simultaneously fulfilling a range of fundamental human needs. According to Trend Watching these include:

The central principles behind ‘customer-made’ and its utilization of the global brain is essentially ‘citizen advertising’. The primary role of advertising is to fulfill certain consumer desires and/or needs. ‘Citizen advertising’ has the potential to take the industry to the next level as it offers companies a window into the mind of the consumer, allow them to fully engage, interact, persuade, and create relationships with consumers.

There are many innovative companies and brands that have already managed to tap into the valuable concept behind ‘citizen advertising’. An example of this was a campaign conducted by Nokia. The Nokia Concept Lounge held in Benelux 2005, for the Benelux design awards, invited designers to share and discuss ideas for the next Nokia phone (Trend watching ). Entries poured in from around the world, resulting in an array of innovative concept phones, but Nokia couldn’t have been happier with the design concept of winner, Tamer Nakisci. The designer from Turkey, created the stylish and innovative wrist-band phone that sent manufactures around the world into a frenzy and won Nokia a multitude of awards and praise.

‘Citizen advertising’ will continue to gain momentum within society as consumers become further empowered by technology and its advancements. This trend is altering the traditionalist way of thinking, and redefining new relationships between consumers and brands. Furthermore it utilizes a uniquely powerful source once untouched by companies- the reservoir of intellectual capital.

The surge of collective intelligence

Collective intelligence has been around since the dawn of time, but now due to technological advancements there has been a shift in how it is affecting society. One industry in particular that has had to deal with this modification is advertisers. Collective intelligence has become the sculptor over the traditional marketing model remodeling it into a brave new world of digital. Those within the industry resistant to the emergence are being left in the wake generated by the digital tidal wave crashing modern society. Albeit, there are indeed many within the industry who are happy to strap on their surfboards and enjoy the ride.

One man who is ‘hanging ten’ upon this powerful surge of opportunity, is Giles Montgomery. In his campaign Collective Intelligence, he talks of his previous frustrations with the traditionalist agencies and their stringent culture. He believes the advancements in collective intelligence should be embraced, as it will allow advertisers to build something better and more agile.

“Old-school advertisers would feel threatened by the thought of opening up their process: we feel invigorated. Our vision of an open and agile process is perfectly articulated by a concept called ‘collective intelligence’.” Montgomery, G. (2008)

The profession of advertising is primarily focused on developing the most creative and effective marketing solutions for clients. As a result of this new digital era, advertisers are finally waking up to the possibility that is in store. A parallel universe full of prosperity and human potential where advertisers have now have the means to gather the best people around the world, including the client and consumer, and work together to form the best possible solutions.

Yet why are humans spending their time and talent on contributing to these public free resources? Since when did humans feel complacent doing something for nothing, other than their own personal satisfaction? Montgomery believes it is due to the human need to make a difference in the world, no matter how small.  He deems this as the reason why our ancestors put up wall paintings- to fulfill the human instinct to want to leave a mark in the world.

Jamais Cascio, an ethical futurist specialising in design strategies for possible outcomes of future scenarios quotes: “Nobody’s going to fix the world for us, but working together, making use of technological innovations and human communities alike, we might just be able to fix it ourselves.” (Cascio, 2013) This quote epitomizes the collective intelligence of today. Thanks to an abundance of communication tools, we as a society are breaking through into a world devoid of rigorous structure and rules. This collective intelligence allows for a new kind of openness. This is bringing out the good in society, where mundane civilians are now being utilized by some of the biggest companies in the world

An example of this was the strategic advertising effort by the prestigious car dealer, Chevy. The brand invited consumers to create their own commercials for the newly released Tahoe. This resourceful move resulted in an array of creative and entertaining (whilst not always flattering) videos click here to watch. This generated a lot of free advertising and buzz for the brand (Donaton, S. (2006). Furthermore, it provoked consumers to feel a newfound respect for the brand, as they allowed for an open dialogue (even if not all was positive) about their products.

Conclusively collective intelligence has shifted the advertising industry into a digital era where advertisers are building stronger and more effective connections with its consumers and clients. This in turn is building a bridge that reaches to more creative and collective solutions to marketing problems.

The fear of the unknown

In modern times, consumers are becoming wiser, no longer relying on advertising companies to sway their purchase decisions. Instead they are utilising the Internet and more specifically UGC, to find out what fellow consumers have to say. In October 2007, a Nielsen study found that consumer recommendations are the most trusted form of advertising around the world. This shift has endangered advertiser control of the market as consumers begin to take authority upon when they see, hear or interact with an ad (Donaton, S. 2006).

With the current move into User generated content, otherwise referred to as UGC, advertisers are becoming overwhelmed by the increasing amount of methods in which to achieve their objectives.  Whilst many are walking into the blindness of the unknown, unclear of how to go about it, there are those who are prevailing by leveraging the opportunities of this new environment.

UGC has essentially been around since the invention of the Internet and can quite simply be defined as “any material that is created or uploaded by a non-media professional” (iab, 2008), from a simple Facebook comment to a video uploaded on YouTube. Advertisers are witnessing a huge shift in the media ecosystem and have had to rapidly adapt in order to keep up. “In 2006, UGC sites attracted 69 million users in the United States alone, and in 2007 generated $1 billion in advertising revenue. By 2011, UGC sites are projected to attract 101 million users in the U.S. and earn $4.3 billion in ad revenue” (iab, 2008).

This new model encompasses an approach to content that is collaborative, collective and customized. This is shaping a world that now inhibited by consumers who act as alpha content creator and distributor of the media jungle (iab, 2008). The new environment requires an entirely new mindset, away from traditional advertising practices where advertisers must fit into the environment in order to become apart of it. This has encouraged them to communicate with their target audience on a more personal level Donaton, S. (2006)

This has led to much experimentation, influencing a range of new techniques, which are steady fast becoming common practice.

The introduction of blogging was the water to the seedling that was UGC, growing it to, a now predominate component of a consumers internet experience. The advertising industry is utilizing this force through strategic ad placements among blogs. Even major corporations such as the Huffington post have jumped upon the bandwagon and are reaping the financial benefits.

Another major player in the new and prosperous environment of UGC is social media. In modern times if you are not apart of a social networking site you are not on the Internet. This is especially relevant for advertisers  (iab, 2008). The introduction of Facebook in May of 2007, and the increasing popularity of sites such as, but not limited to: YouTube, LinkedIn, MySpace and Bebo, has unlocked many door for advertisers. These sites have the ultimate potential for growth, as they have the ability to converge user commentary thorough different multimedia platforms such as photos, videos and music sharing. In addition these sites allow advertisers insight into audiences behaviors, demographics, geographic and psychographics.

Additional trends that have been used by the industry to leverage opportunities include: